Hi, I know nothing. I'm a college student amidst the chaos of winter break, desperately learning how to code to distract myself from boredom and the irresolute grasps of my own insanity. Look. I won't explain. Just look. 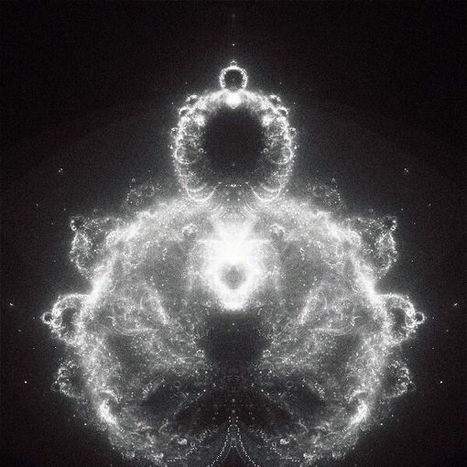 Though the soul has finite volume, it possesses infinite surface area to which auras can bond supertemporally. Nature's finest work of art hidden within all of us.

Sunrise over the Event Horizon (2012)

Taken from the Doderic Coast, Charles Masfalts shows us what's it's like to stick our toes in the sea while we spaghettify into the very jellyfish that fill the sea we're standing in, whilst a foreign sun collapses in on itself into a particle of infinite mass and finite dimensions

Okay, so pretentious obscurity aside, real talk. Today is 4/11 and I am completely terrified. If you're trying to scare young adults via oppressive work loads, look to universities, they've got it nailed down. I'm so nervous about getting behind in homework, that even when I work ahead, I feel like I'm wasting time. I'm mad at my math teacher for not teaching far enough ahead for me to work ahead.

Now, I realize that's completely absurd! No student should be driven to learn from fear of falling behind alone. There should be some sort of emotional incentive, some sort of purpose us students feel. But let's face it, college level math is so conceptual, professors struggle to find time to both teach the mathematical concepts and explain the application behind them because the material is just too much to teach in such a limited time frame. But if you expand the time frame, you increase the cost, and then people can't afford to go to college. So rather than cutting prices, society cuts students.

Modern culture today made it okay to cut from students'sleep, mental health, and freedom to grow and explore time consuming and worth while activities so that they can learn material that is rushed through and is often tested on such a narrow and quantifiable scope that many talented young adults lose the motivation to go on.

But a human being is more than a quantifiable number indicating efficiency/intellectual talent. Human beings are complex, ever-changing organisms and exist within their own ever-changing superorganism called "society" which may be defined by something entirely different in as little as 50 years. Grades matter to us now, but what if earth gets invaded and the human population needs to militarize? Now, that's an extreme example, but it shows how something highly valued can drop off the "important list" when scenarios change.

Now, who's to say that we can't just shift our idea of the schooling system, but on science as a whole? Our culture heavily emphasizes the importance of measurement because we see it as objective truth. But what about the things we can't measure? What about emotion? By putting feelings on the backburner as something that "can't be measured," are we simultaneously damaging the mental health of our teens and young adults today? What has the importance of objective truth and learning the objective truth done to our subjective experiences? Does it make us feel small, insignificant, part of a tool made for measuring the universe?

I'm not saying that scientific measurement is the root of all evil. That's not what I'm saying at all, I love science. But by putting all of our efforts into that research and by putting none toward the subjective, personal, and emotional needs of humanity, (the young ones particularly, the ones that need to be raised in the most healthy way to reach their greatest potential) then we are doing the world a disservice. Embrace the needs of the individual! And let the universe observe itself for a change.